Menu
home
Big Mac Sauce: The Secret Is Out

Big Mac Sauce: The Secret Is Out

During our research on private labels, we came across something we couldn’t resist testing. It involved our favourite fast food indulgence – McDonalds.

In 2018, Coles caused a stir with its ‘Special Burger Sauce’, which (as many people observed) tastes strikingly similar to Macca’s beloved Big Mac Sauce. Coles never admitted it was a copy, but we have our suspicions.

Since then, ‘special’ burger sauces have proliferated among both private labels and national brands. Woolworths has released its own ‘Secret Burger Sauce’, and brands such as MasterFoods and Praise have jumped on the trend as well.

For the record, we’re fairly sure the secret ingredient in all of these recipes is pickles. But we’ll hold off on that discussion for now.

We decided to do a blind taste test at the office to see how the supermarket brands measure up to the original. We wanted to know: are these imitators as good as the real thing? Better even? Can you really tell the difference?

Each Big Mac was cut into five pieces and given a letter so that only the person running the test would know what sauce accompanied each burger. After all, we couldn’t have prior burger sauce biases tainting the results – this is for science.

The five tasters tried one piece of each burger and were told to write down their thoughts. Then, they ranked the sauces 1 to 5, with 1 being their favourite and 5 being their least favourite. They were also asked to guess which sauce they thought was the real Big Mac Special Sauce.

Here are the results:

Three out of the five tasters correctly guessed which one had Big Mac Special Sauce (Lewis and Jack knew as soon as they tried it, which I thought was quite impressive). The two tasters that got it wrong (sorry, Chris and Mark) chose Coles and MasterFoods.

As far as which one tasted the best, the results were mixed to say the least.

Lynette and Lewis chose Big Mac Special Sauce as their favorite, Jack and Chris chose Coles and Mark chose MasterFoods. There was a semi-consensus that Woolworths ranked 2nd, except for Chris who ranked it 5th and said it was ‘not very flavoursome’ – to each his own I guess.

The rest had fairly mixed rankings, except for Praise Deli Style which was never ranked higher than 3rd. Some of the critiques for Praise (let the irony of that phrase sink in) were ‘no punch’, ‘definitely not McDonalds’ and ‘flavourless’.

After the official test, I had the tasters try each sauce individually by dipping fries. Interestingly, they all had different opinions of the sauces when they were weren’t coating a Big Mac. Some of them wanted to change their rankings, while others (Chris) realized they had guessed the wrong letter before for Big Mac Sauce.

So what are the takeaways here?

Second, private labels don’t necessarily impede innovation. In this case, Coles started something new by creating its own ‘special’ burger sauce that people could use at home. Yes, it was (probably) based on an existing recipe, but it also pushed brands to enter the market with their own interpretations. And, Coles now has its own Special Burger Pickles, Special Burger Slaw Kit and Special Burger Sauce Chips. Sounds innovative to me.

Third, we should do more taste tests at the office. 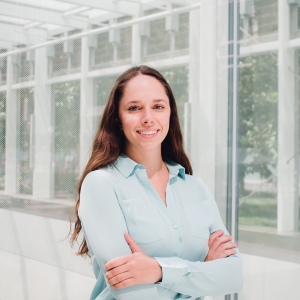 Claudia is a writer and content specialist. She has experience in content strategy and design, as well as a background in management, economics, and social research.

Learn & get updated on the latest retail insights